One of the first apps I tried with the pupils was Pic Collage. It's free and easy to use so makes sense as a first attempt. You can combine photos, YouTube videos, different fonts and backgrounds and lots of stickers, which the kids love and I find utterly distracting and superfluous!

Our topic was clothes and colours and the children had learned to say what they were wearing and what colour it was. At this point I only had 11 iPads so needed to plan the lesson in two halves so that everyone would have a chance to create their own 'poster' on Pic Collage. I asked them to bring in an outfit which they put on and half the class worked with me, having a little Fashion Show, in which they modelled their outfit and announced what they were wearing and what colour each item was. That provided the opportunity to practise speaking the target phrases.

The other half of the class took a photo of themselves, or got someone to take one of them, and then opened Pic Collage and imported that photo as the basis of their poster. They then had to add a text box in which they wrote "Je porte un t-shirt rose, une jupe bleue et des chaussures blanches." (or whatever they were wearing). There was the chance to write the target phrases, trying to get spelling and adjectival agreement correct. 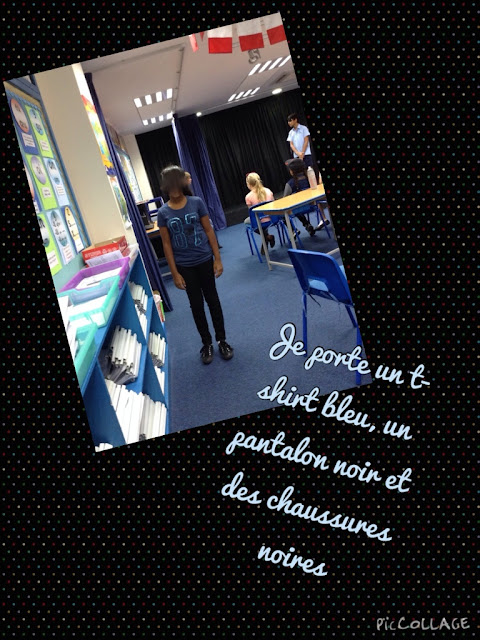 They could customise it with colours, fonts and background quite quickly to create a final poster. Then I asked them to upload it to Showbie as part of their digital portfolio, and to allow me to feed back on their work . (see my Showbie post for more details.) 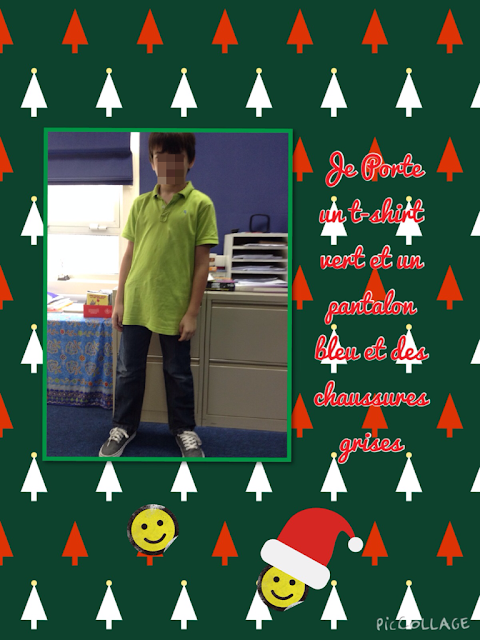